Rachel is an experienced strategist in the political world. In the 2014 election cycle, Rachel served as a lead political advisor to both Congressman Jack Kingston for U.S. Senate and Martin Sullivan, Jr. for Georgia’s State House. Most recently she served as the campaign manager to John McCallum’s 2014 congressional campaign in Georgia’s First District.

She served as a digital and new media advisor in the 2010 election cycle to both Scott McInnis for Colorado governor and Ken Buck for U.S. Senate. In 2012, she served on the Florida Get Out the Vote team for the Mitt Romney presidential campaign. Rachel has also worked in Washington D.C. and Beijing, China as a digital media consultant for many influential conservative groups and business trade groups.

Rachel holds a Bachelor of Science degree in Finance and Real Estate, with a minor in accounting from the University of Denver. Rachel earned a Masters of Professional Studies in Organizational and Professional Communication, with a specialty in Conflict Resolution from the University of Denver. She wrote her Master’s thesis on “Developing a New Media Communications Strategy to Increase Political Participation.” 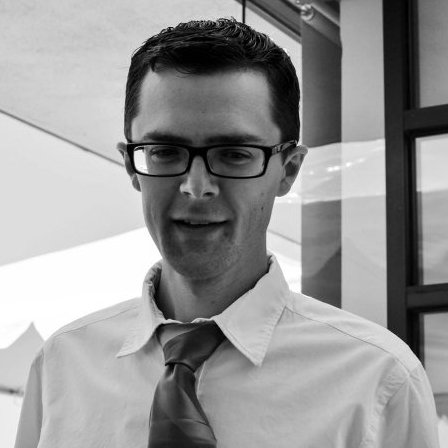 With an extensive experience in both hardware and software programming, and a formal education in Digital Media and Web Development, Jordan is our lead for coding and provides technical expertise for your project.

George has been publishing online since 1999, when he built his first Tripod journal site to support his high school’s varsity ice hockey teams. As a veteran researcher and media relations professional, George thrives on storytelling, and develops creative strategies and uses cutting-edge tactics to reach audiences that matter to his clients.

A native of Nashville, Tennessee, George developed social media and member communications programs for the Public Sector Group at TechAmerica in Washington, DC, a 501(c)(6) global trade association of IT companies, drawing on his roots in online political activism. At the Cato Institute in Washington, an internationally-renowned public policy research organization, he helped integrate communications, marketing, and development strategies using new media tactics while he was in graduate school.

After earning a master of public policy from American University in Washington, George joined CRAFT | Media/Digital, the first consulting firm in the nation’s capital to marry traditional and new media services under one roof, where he met Adsworth Media principal Rachel Dodsworth as the two collaborated on client campaigns. George served political, advocacy, and Fortune 100 clients at CRAFT as Director of Intel/PR before founding his own research and communications consulting practice in 2012. He was an adjunct professor of American government in the department of political science at his undergraduate alma mater Belmont University in Nashville during the 2014-2015 school year.

Though he spends much of his time hitting home runs for his clients, George continues to blog when his schedule allows, and he is a published opinion writer in both local and national outlets. Furthermore his personal political and policy-related blog posts have been cited in The Atlantic, POLITICO, and the Daily Caller, and by the Instapundit, Hot Air!, Think Progress, Crooks & Liars, and techPresident blogs. An avid Nashville Predators (NHL) fan, his personal hockey blog posts have been cited by Yahoo! News’s Puck Daddy blog.

George is an avid angler and cyclist, and enjoys trying new recipes his beautiful wife Emily. They married in 2014 and now reside in Nashville with their three rescued mutts. You can follow George’s prolific tweets at @stackiii.

Favorite Movies: The Empire Strikes Back, Pulp Fiction, Monty Python and the Holy Grail
Currently Reading: The Complete Sherlock Holmes: with an introduction from Robert Ryan